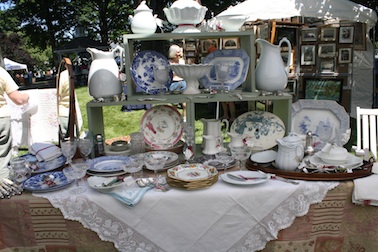 I have never been one to haunt garage sales, church bazaars or flea market tabletops. I will however, eagerly travel to another city to investigate architectural salvage , galleries and antique stores. My favorites are the locations which offer all of the above. So you can imagine my dismay when I travel  to one of my favored haunts only to find it is gone. Recently, while sitting in a deserted parking lot in front of a deserted building trying to   google the shop to see if it was relocated, I noticed a smallish post-a-note on the door glass. Upon inspection the note said, " one mile north on left ". Since google still had the deserted location, I left.  I went North where, a mile later, I pulled into a front yard. There strung on clotheslines and beautifully displayed on folding tables was the antiques "store" I sought. 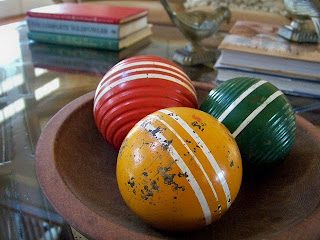 As I exited my car the dealer called out this greeting ,
"Fishy! did you see the note?" I  nodded and told him about the frustrating google search and the no phone number issue.

He  shrugged  while explaining he was still trying to make some decisions but for now  was trying to stay afloat.  Selling  inventory on Ebay, Craigs and  via the  pink post it notes  directing searchers to the current location. 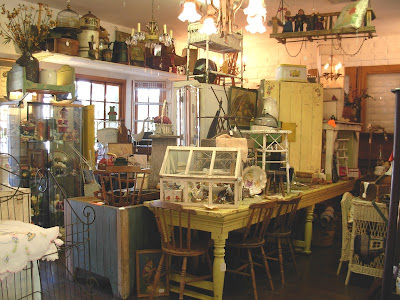 I am sure my shock was reflected on my face. This yard is now the storefront????? OMG.  We chatted a bit  while  I shopped. He explained the landlord could no longer make ends meet so all insurance policies on his properties, including all liability coverage had been cancelled. The agreement  had been for the landlord to insure the property while he insured his business and  inventory.


The landlord wanted his tenants to assume  insurance and maintenance costs for his propertie as he had no funds for  repairs. He hated to stress his tenants but his property values had declined, his rent receipts had declined but his insurance costs and the repairs costs has increased substantially.   The antiques dealer could not assume the financial burden, nor could he find an alternative location he could afford. Now, on nice weather weekends, he rents the front yard of an elderly friend, trailers his merchandise there, has his day, packs everything back in the trailer and then picks up the yard after the litterers. Ouch. 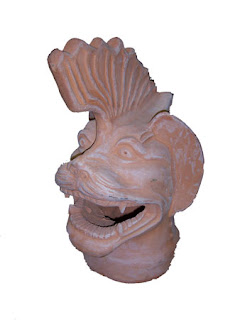 He is not loving  the Change. He must limit his offerings to that which is portable. To that which has broad appeal. To that which has a low price point while still offering some profitability for the dealer. He lists his furnishings and his unusual items mostly on Ebay now. Which means I can no longer examine the items  I might have purchased. Like an antique chimney cap or really long narrow farm table. I asked about scheduling an appointment to see the larger or more unique items? No, they were in an old utility trailer behind his house or in his mother's basement or under his bed. His life is, according to him, "a right big mess". 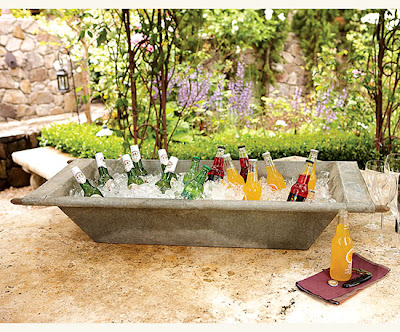 This  knowledgeable and interesting dealer will continue to search for a suitable location, will continue to pursue his vision of the American Dream. But now, he says he will stand on his soap box and bring to the attention of all who travel there to be mindful of the distance between rhetoric and reality. He will continue to offer interesting objects, knowledge, grace and  Nehi sodas on a hot summers day. Now, he puts a little note in with your receipt which says.

" Love your Country not just yourself."

Email ThisBlogThis!Share to TwitterShare to FacebookShare to Pinterest
Labels: I guess antiques are not necessities

rotty in a hole with a kalishnikov said...

yes. i didnt expect to sell art out of the back of my truck either. no you cannot on Ebay run across the weird thing that is meant for something -but when you look at it you can make it into something else. and there isnt a way to dumb luck onto the good stuff either. very sad. and how much $ do you think shipping a narrow farm table would cost? a lot. no - better to visit the temporary yard.

but on to loving country. sad that what has trickled down from the top is "whats in it for me?"

*sigh* Many moons ago Mr. Boxer and I would spend an entire day visitng junk stores and antique stores all over our city. I collected antique table clothes and a specific pottery (Metlox, Poppytrail.) Then Ebay happened and I would spend hours searching the country with just the click of a wrist and we stopped our wonderful "junking" days. So, I wonder, what truly killed the brick and mortar antique stores?