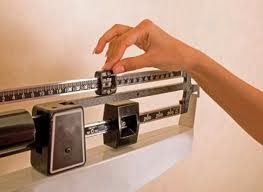 A while back Blowfish had his semi-annual visit to his primary doc. Yes, he has reached the phase of life where he has a primary and some specialists too.  Generally the exams are routine, sometimes they want to take a closer look at a skin irregularity but mostly it's about keeping tabs on his general well being and prescription renewals.

The last trip was a little different.
Doc came into the room and told Blowfish straight away his Toledo results were unsatisfactory.
"Toledo results?"
" Those scales speak your reality my friend. You weigh too much for a man  with five coronary artery stents and a pacemaker. A nutrition and lifestyle change is in order. Start today." 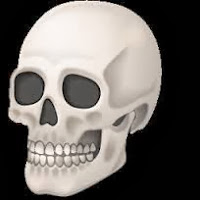 Of course, this is all hearsay. I do not go to these appointments with Blowfish. I did  back in the days when Blowfish was in the CCU every three months with the digital skull flashing on the monitors and the cardiac nurses applying all their skills and prayers.  The thing is Blowfish is not very good about providing the docs with usable information. Some years back, when he was too ill to take himself to the docs, I would take him. Sometimes in utter frustration the docs would ask me about my observations and opinions of the man. Medically speaking. As it turns out I am a pretty keen observer and, on occasion, my commentary led to testing which identified crucial issues.

This irritated the whey out of Blowfish.

To make matters worse a couple of these docs annoyed him beyond all measure when they told him he should not come to his appointments without me. That actually was a trigger for him banning me from coming with him. When I asked him if he really wanted to make that decision his answer was emphatic.
"You can talk to my docs when I am unconscious or dead. It is not RIGHT for MY doctors to listen to you more than me."
"The thing is they are just trying to find every available tool to save your life. It just so happens they ask for my observations because I live with you and may be able to provide useful data."
" They can ask me!"
" Well they have and this has not  been successful.  They ask what is wrong and you tell them if you knew the answer to that question you would not be paying them! If they ask how you are feeling you say 'bad', if they ask if there is any change you say 'huh?'  You don't actually give them any information which will help them treat you!"

So, it was a couple of days after his appointment when I encountered him in the Kitchen reading a food label. A first time event in the 35 years I have known the man. The look on his face and the label in his hand made me break into uncontrolled  laughter. Had justice finally shown up at the Pond? Did the man with the magic metabolism actually need to  pay attention to his intake for the first time in his life? I cannot tell you the number of times I have sat across a table from this man watching him work his way through a 10,000 calorie meal washed down with a bottle of Merlot  while I had water with lemon and an undressed lettuce leaf.

He had a brief problem back when he hit 55. He started to add weight which he did not find

acceptable. Since he had never dealt with this reality before, having to do so made him extremely cranky. Even his students and fellow faculty members wondered what happened to the good natured fellow they knew and enjoyed. That was in public, at home "cranky" was an understatement. The man was unhappy. His whole life he had loved and enjoyed food far more than most people. He did not want to be fat and he did not want to give up the exciting and comforting experience food represented in his life. It sounds comical but in truth the man was suffering with what was for him, a life changing event. I did a bit of research and convinced Blowfish to try the Hilton Head Metabolism Diet which was hailed to be THE way to invigorate a stalled metabolism.  He agreed I could do this for him. It changed us all;  Blowfish happily returned to unrestrained food consumption, Mermaid got too thin and I gained 7 pounds.

Blowfish received his amazing metabolism from his mother. A tiny woman who kept her apron pockets full of Snickers bars which she ate hourly to keep from becoming too thin. For her it was a great choice, "a little protein for the long haul from the peanuts, a little sugar for the quick energy burst and a little chocolate for the pure pleasure of it" was her frequent refrain. Her bad cholesterol was over 400 but she had no cardiac or circulatory issues. Go figure. I should have never married this family.

I digress. On the day I found Blowfish reading a nutrition label we went to lunch at his favorite Steakhouse Saloon.  It's one of those places that puts a bucket of roasted peanuts on the table along with the menus and a basket of just out of the oven , steaming hot yeast rolls and half a pound of whipped honey-butter.  On this day, instead of ordering his usual ribeye steak sandwich on a ginormous hoagie roll with onion rings, fries, slaw and dessert he heaved a big sigh and ordered a salad. While munching his way through a  thousand calories of peanuts, butter and yeast he shared his dissatisfaction about his most recent trip to his primary. He bemoaned the  "cruelty" of this new  reality and how he was going to put 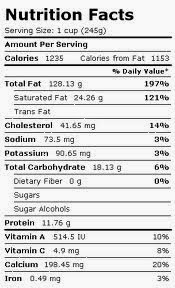 this behind him by getting this extra weight dispatched immediately. I smiled and encouraged him and did not mention the calories he was consuming. Eventually his salad arrived with a mound of shrimp, a mound of steak, a mound of ham, a mound of cheese and a couple of eggs, tomatoes, onions and olives all of which was drowned in a cup of high fat, high calorie, high sodium Roquefort dressing.  He always asks his servers to "dig deep" when ladling out the dressing. They find it charming. I get queasy.

When he finished this "lite" lunch washed down with a gallon of sweet tea he said, " Well, I hope this will hold me 'til dinner. But even if it doesn't I will just suffer though because I do not want to be a fat man".
" What are you talking about?"
"This salad for lunch. This need to diet"
" That was not a diet lunch Blowfish. That was a 3000 calorie
salad with another 1000 calories of blue cheese on top, not to mention the 1000 calories from the peanuts, rolls and butter!"

"Fishy, your problem is you do not know how to eat."

When Mermaid heard of her Dad's "dieting" endeavors she rode to his rescue. She told him she started each day with a high protein chocolate Muscle Milk and maybe he should try this.
"Daddy," she said, "you will love this!  It is like having a milkshake for breakfast, gives you tons of energy and helps maintain muscle mass which burns calories".

Blowfish did not like the taste of Muscle Milk but we did find a protein drink he does enjoy, Lean Muscle vanilla. It sports 32 grams of protein, 1000 mg of omega three and all the vitamins I could never get this man to take. So he crafted a diet he could live with. He did not eliminate or moderate his usual meals. He added a Lean Muscle to his daily intake as a mid afternoon boost and limited his nightly ice cream intake to just one serving before bed.  He lost 12 pounds. His pants fell to an impolite low. We had to order him a half dozen pairs of slim cowboy cut jeans because all of the in stock jeans were baggy on him.  Now the man struts around preening in his new sveltness. He tells others he does not understand what all the yap is about regarding dieting. He states  with great authority and gravitas that it is very clear if a person sets his or her  mind to a goal it can be obtained with a little research and a lot of discipline.  Right. Mr. Discipline  does not know I fantasize about seeking justice by bashing his mouth shut with a quart jar of Roquefort. 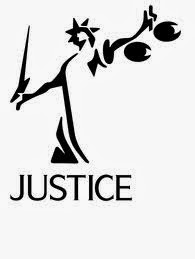