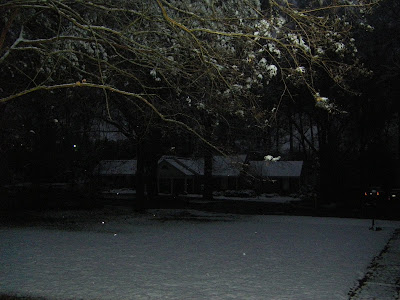 So the news people said this was the first " White Christmas" in our area since 1963. It looks dark in the photograph but it actually was taken around 4pm.

Children in our area were thrilled, dressed in their warmest and took to the  hills with  an assortment of boxes, trash can lids ,boogie boards and intertubes for sliding down with gleeful abandon.

For our family it meant Mermaid left early.  Before she could get caught in states which are not equipped to deal with ice and snow on the roads or interstates. I can't complain about her willing assumption of adult responsibilities. I shouldn't complain about the weather, but really, I would have been happier had it showed up a day later.

I am already thinking of this as Mermaid's "Three S Christmas"
Silk.
Steel.
Snow.

Some years Blowfish and I make a joint decision on what we will give Mermaid for Christmas.
Some years we each do our own thing. This year  we did the individual thing. In many ways the contrast of the presents selected for her by doting parents is so very ...   Mermaid.

Silk is the first  "S".
MamaFishy gave her beautiful new  "Modern-Traditional" lamps with chrome shafts and charcoal silk shades.
They are beautiful, hard to find and just perfect for Mermaid's blend of what she calls her own styling of the
" new modern traditional".  We spent most of a day this fall searching  for the right lamps and never found any which met all her criteria. And, did I mention she lives in a barn? Literally a barn, with an attached apartment.
She has  zero difficulty in maintaining her style preferences in any environment. I love that self certainty. 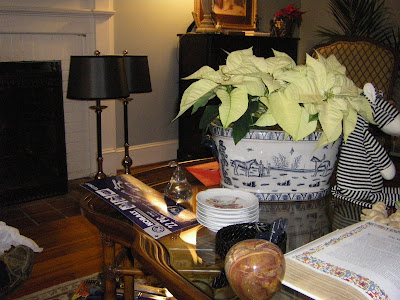 Steel is the second "S"
Blowfish gave her a loaded tool box and a drill.
In one of her recent moves her drill motor suffered a burn out and some of her tools were lost.
Now she has an electric drill, a wide assortment of wrenches, ratchets, drivers, measurers, levels, hammers and a multitude of things which cut.  He even bought tools in Kentucky Blue colors. Except for the drill which 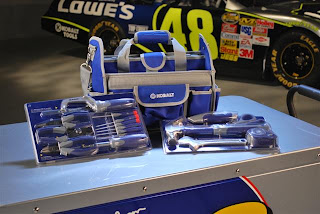 a bright kelly green. There is no question Mermaid was thrilled  with this gift.

At one point I took a picture of her sitting by the fireplace with elegant lamps on the right , a drill in her hand, a tool bag on her left, a smile on her face and that long, long Mermaid hair cascading down her body. A study of contrasts which are part of one amazing whole.

After I took that photo I smiled back at the memory of Mermaid getting off a plane carrying a backpack, wearing jeans, a tee , Ariats , a messy pony tail and no makeup. A few hours later she reached into the backpack pulled out a tiny handful of black fabric and a pair of  stilettos with silver heels. Seconds later she was standing before me in a fabulous little black dress, 5 inches taller and full of wow! The contrast from generic youth/adult to OMG was stunning. The effortlessness of the transformation was  amazing. Her absolute comfort with the metamorphosis ..... a delight.

Snow is the third "S"
Snow came and Mermaid left.
Too early, but then, she did arrive safely so I am grateful.

If there is a fourth "S" it would be Smiles.
We smiled a lot, laughed a lot, enjoyed the blessing of family, a lot.
It was a lovely Christmas .
I hope yours was too. 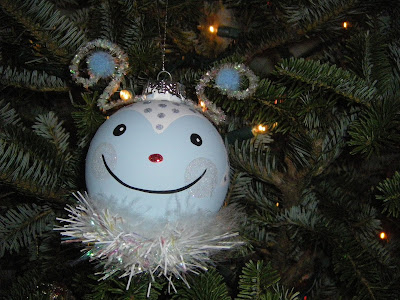 Email ThisBlogThis!Share to TwitterShare to FacebookShare to Pinterest
Labels: Still a fool about my child

yore tagline: As it should be forevermore.

Lucky Mermaid to have such a "fool" for her Mother. I'm sorry she had to leave early. :-(

Aunty,
Afore I was a fool about my Mermaid, I was a fool about niece and nephews. And I agrees with you, a mama is blessed to be a fool for her chile forever more.
I have real compassion for mamas I know who do not enjoy their children. It's about the saddest thing I can imagine.

Hope you enjoyed a grand Christmas with lots of clan children to be a fool about.


Boxer,
Thank you! We all had a good laugh over the silk and steel Christmas this year. In fact Mermaid says it is a blessing she grew up being just as comfortable in a social setting as taking a tool to a horse trailer.
She swears she was the only girl she knew who wasn't allowed to get her driver's license until she could demonstrate ability to change a tire, in the dark, on the side of the road.

I hated she had to leave early! But since we don't usually get ice and snow in this region our budgets have not been spent on equipment needed to keep the roads de-iced. Definitely :-( to have our time together shortened.

How was the movie? Would you recommend it to others?

I love your description of Mermaid's transformation. This year, I bought my 17-year-old niece her first grown up party dress and high heels for our Christmas fete. The change was amazing and heart-wrenching at the same time.

I'm glad you had the time with your daughter that you did and how wonderful that you and Blowfish each bought such different gifts, yet ones that obviously appeal to Mermaid's two "sides."

Moi,
The thing is the "heart wrenching" part is all just normal progression.


I have a suspicion you, like Mermaid, would be equally pleased with silk or steel gifts. And,
I bet you can change a tire in the dark on the side of a road :-)

I can call AAA. I think in a true emergency I could do it, but..... it's never been tested.

Mermaid cashed nicely this year. Color me very impressed by the tire-change requirement.

Boxer,
what do you do if you are in a place with no cell phone service, no Onstar and no help?
You and Mr. Boxer could have an afternoon of merriment learning this skill. It can be hard with the new cars knowing where you can or cannot place the jack, IF you can figure out how to assemble the new jacks. It can be a frustrating challenge to hand loosen nuts which have been secured with pneumatic tools.
In some cases, in can be a huge struggle just to get the spare tire out of it's storage space without popping a hernia.

I will admit I can no longer do this but I could when I was Mermaid's age.

Troll.
Maiden Trolls are not required to have self sufficiency skills?

I should have filmed the earning of her Dad's okay on horse trailer hitching, maneuvering, backing and parking with and without live loads. I truly witnessed a miracle of patience. Hers. Not his.

Awwww! I love this post! And that a tomboy-girl with a backpack can pull out a LBD with heels and be ready to party. I must invest myself! Sorry your visit was cut short, I totally understand. But don't you love seeing the adult child you raised? I know I do.

Oh Mama Fish!!!! I too enjoyed my 3S Christmas!!! The lamps are perfect and as soon as I move furniture, purchase new furniture, and generally move things around as I'm prone to do... I'm sure they'll have the perfect home! I suspect I got the "buy new/nused and move furniture" bug from you, don't you think???? ;)

As for the Steel... Steel is a requirement in my world and I'm grateful that Daddy Blowfish is attuned to those needs. To be honest I'm also grateful that I can change a tire in the dark on the side of the road. I've actually had to do it too... in the snow... in 18 degree weather. NOT my favorite experience, but fortunately it wasn't on my truck which made it much easier :) I will refrain from commenting on the trailering lessons.

As for the Snow... It's a bummer that it came so early, but a blessing for many to have a White Christmas.

I am grateful for all the other goodies this Christmas blessed us with, and for your "transformation" compliment :)

Pam,
yes, I do love Mermaid the Adult but admit I adore the child within is intact. I bet you can say the same about your lovely Kym.

Mermaid,
Oh Lord....sounds like the silk part of your Christmas is going to be expensive. Before you go buying stuff, come get your attic stash!

Kind of you to refrain from comment on the trailering requirements. And about that amazing transformation ... I suspect you will do it all again for New year's :-) If you are very blessed, and spend your life in a saddle training/competing, you might get to be one of those incredible women who can pull that magic trick out of the backpack all your days.

i loved the transformation of tomboy inot va va va voom!! and everytime i read a mermaid post htat hair just keeps getting longer and longer.....sweet Christmas post. Im glad you had your child even if it was too short. last year i bleive you had to travel? this was better, i think. yay!

Oh yes Chickory... the mermaid hair is getting very long! It's almost to my hips now, but I might just let it grow for the next 3 years and see just how long it gets before I donate it to Locks of Love again. From super long to pixi cut may be in the future ;)

Chickory,
Did you notice your ornament makes a great visual for our smiley Christmas? Love it.

So you think the Mermaid hair keeps getting longer like...well.... fish stories where the fish keep getting bigger and bigger? Seriously, she has a head full of thick, curling hair the color of cinnamon. Her cut is shaped but at the longest section is a bit past waist length. Really.
If Locks of Love gets that hank of hair they are going to feel like they won the lottery.