A Bright Spot In The Road 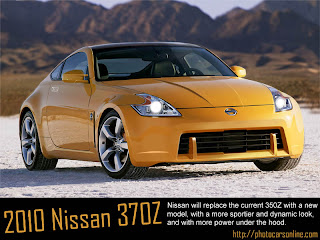 Even in our smallish town there is Christmas grid lock on the main retailing road. Now that the schools are on " winter break" it seems the roads are maxxed out by twittering teens  as well as the purposeful.

If you plan to get out there on Retail Road you best have a good audio book loaded , plenty of patience and a bit of Christmas spirit for your fellow man.

On what I hoped was my last excursion in search of white poinsettias, I was inching along when up ahead I spotted a school bus yellow, 2 seater, sporty coupe attempting to exit the dealership and merge into the chaos.  For whatever quirky reason I decided to count the number of cars which aggressively guarded every inch of pavement preventing the  370Z from the merge. There wasn't much Fa la la la la la  spirit on display as the lockout passed from defender to defender .

At some point in the observations I began to think about how unusual it was the driver wasn't being at all intrusive about  asking for passage. No inch by inch encroachments, no horn blowing, no mid finger salutes. Often drivers of hot little responsive fizzy cars have personalities to match.There was no evidence of this.  I eventually crept close enough to wave the roadster out of the lot and into the lane. The driver nodded acknowledgement but still did not  move beyond the threshold 'tween lot and lane.

I began to study the driver. She was a surprise. An older woman, I'd say mid 60's, short efficient haircut, no visible jewelry, wearing a black turtleneck and a jacket of houndstooth. No sunglasses and well, sort of severely plain in her appearance. Like the stereotypes of old maid librarians. Not what you would expect to find behind the wheel of this bright, showy little car. I found myself wondering about this pairing;

Was she picking up  for another?

Was she giving it as a Christmas present?

Was she the service manager test driving before releasing?

Was it her child's welcome home from Iraq surprise?

Was it a dream realized for which she had been saving?

Was she an automotive designer evaluating this car for her blog?

While those behind me honked their displeasure with my courtesy the Z slowly made the turn into
traffic. There was no frown of concentration, no hiccup in the release of clutch, just smooth egressing and a little  ta-ta thank you wave  from her fingertips. I found myself thinking, " Fizz ON!"  In my heart  I was hoping this sporty coupe was hers, a perfect representation of her tigress within. A nod to self from self with love! Maybe a present from one who knows she IS the kick ass, smart, savvy babe who should indeed be piloting a sleek, stylish, sporty, rocking little  roadster.
Posted by fishy at 7:15 AM

Email ThisBlogThis!Share to TwitterShare to FacebookShare to Pinterest
Labels: Wishing her a very Merry Christmas

Nice post Fishy. My first boss, who owned a car dealership, told me many years ago "You can't sell a young man an old man's car BUT you can sell an old man an young man's car." I hope this is for her as well.

Perhaps Cougar rather than Tiger. Best of luck to her. And best of the holidays to you!

You have quite an imagination.

Classic Fishy post :-) That's a great looking car and I like the color too. I truly hope it belongs to the driver. I wonder what people think of me driving my father's bright blue RX8. I asked a friend if it screamed "mid life crisis" and she assured me it didn't... because it's not red.

Did you find the white poinsettias?

Madman,
Thank you :-)
There have been so many rules of etiquette governing the choices of most women in her age group. I would like to believe in progress on this front. And yes! indeed I do hope for her she is living the progress and will not be subjected to social penalties because of her ride.


Droll Troll,
Indeed I do, I earn my living my imagining what could be. But as you can read, my imagination isn't as current as Karl's.

Boxer!
I once drove a school bus yellow, Barbie Doll Hummer for a day. No trouble locating that thing in any parking lot. By the end of the day I was calling it BigBird.

Since RX is a symbol for a prescription, I would say your Dad's ride is medicine for your spirit! Go Dad. Anybody gives you any grief, punch their lights out.

I did find white poinsettias just this morning. They are a mite peaked so I am currently trying to resuscitate them in the kitchen sink.

Ooooooooo!!!! Oh how I'd love to get my little hands on the steering wheel of a 370Z!!!!!!! They are spectacular cars and so very much fun to play with! I'll take a black one thank you very much ;) Good for the "Cougar/Tiger".

Mermaid,
Is it the Synchrorev Match Transmission that's got your flippers fluttering? Did you know it comes in Kentucky Blue?

YES!!!! to all of the above :D I've always been a fan of the "Z" since way back when. A byproduct of my brother's interests I believe, but any way you look at it they're fabulous cars! Still prefer the black to KY blue. just saying....

FIZZ ON indeed! She probably was taking no chances with her new little hottie ... and I don't blame her!

I'm pulling for your last sentiment.

Mermaid,
I look forward to the day when you can buy one for you in black and one for me in school bus yellow. There I will be, driving all around the town saying, ... "a present from my daughter!"

Pam,
OMG! I didn't think of the caution we all exhibit when we have new transport. Lots of wow here, plenty of zoom-zoom and plenty of Fizz and no one will overlook that expressive yellow! And I DO hope the car is hers and not one of the other scenarios.

One of my pet peeves is people who try to merge or turn with out a turn signal. If you're not going to do me the courtesy of signaling, you are not getting in front of me.

Rant over. I like how you came up with a laundry list of senarios for woman's situation while you were driving. Is that as bad as texting? Bwahahaha

Buzz,
Does sitting on idle count as driving?

Aunty,
Youse is fooled!
I ain't even had my Fizz a year yet and I like her a plenty. Maybe I jus isn't old enough yet to have my yellow car crisis.

interesting story. youd be fun to play the screenplay/novel game with. you have a gift at making up a storyline for a character. i hope its hers and shes on her way to pick Aston Kutcher up. live large lady!