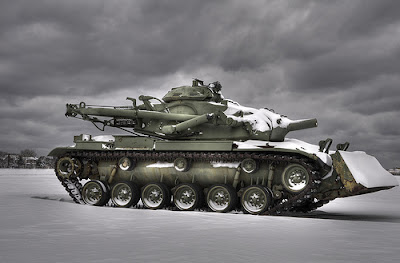 Over on our friend  PamOKC's  blog she has a posting up which mentions her Dad having once been dismissed from camp for "borrowing" a school bus to take a girl on a date. I would just love to hear the telling of that family tale. No doubt it makes the rounds at family gatherings accompanied by lots of laughter.

This got me to wondering about all the family tales which will be told over the long Thanksgiving weekend. I am one who believes the teling and re-telling of  family lore is one of the strongest glues for binding the generations together. I adore large, multi-generational gatherings and always take a moment to be still and record the images, sounds, joys of the event . These memories sustain me during the times when the distances are too far for hugs.

I wondered if we, The Troll Family of Bloggers,  would be sharing our family folklore  after our gatherings?
Maybe. Maybe not.

Here at the Pond, one of my favorite stories is about Blowfish.

As a bit of background it might be helpful for y'all to know Blowfish is known for his tendency to focus on one thing at a time. Multi-tasking is not his style. Once something captures his attention  that is ALL he thinks about.  Another thing , Blowfish is pretty seriously a foodie. That man purely loves food of every description.   More importantly you will never meet another individual who  focuses more acutely on the entire process of  food. Thinking about it, shopping for it, prepping for it, anticipating and then lingering over it.  He is even one of those people who likes to know what's for dinner at 6am so he can spend the day looking forward to it. He is serious about his groceries and is blessed to have always had one of those super efficient metabolisms that allows this indulgence.

As  a young man Blowfish served his country in the National Guard.  He was assigned to a tank battalion with initial training somewhere in NY state and then speciality training with a mechanized batallion elsewhere.
As he tells it, his time in service to his country was mostly about how to get food. He had never experienced a period in his life where he did not have full access to kitchens, bakeries, delis, butcher shops or restaurants.
When he talks about  his time in the service  it always starts with, " I've never been so hungry ..."

So there came a time when his tank corps was assigned to a joint training exercise somewhere along our northern borders. I've heard camping out in the snow, sleeping under a tank and having no privacy for personal activities was not within Blowfish's comfort zones. None of those were as offensive as constant hunger. There came a day when  he and others were standing around in the cold being hungry and miserable.
A fellow guardsman mentioned how annoyed he was standing around freezing his vulnerabilities while the stars were in a nearby town chowing down in what was reputed to be the best deli on the continent. This remark captured Blowfish's full attention. Where was the deli and what had they heard about the food?

Blowfish swears he never gave a thought to anything  other than food.
The single focus thing.
He marched right over to the nearest tank and fired it up and headed for the deli.
Blowfish swears he did this because his options were to ride or hike through the snow.
He swears it never occured to him to  not go to the deli, because he was hungry. Really hungry, had been cold and hungry for days so  there was no way he was going to suffer anymore if there was a deli nearby.
For him, it was that simple.

In Washington, it was a bit more complicated when Canada called to inquire why we had invaded their country with an armored tank? The diplomats and the military brass scrambled for an explanation while Canadas counterparts screamed their displeasure and intentions.

Meanwhile back in town, Blowfish  thoughtfully parked his tank in the square so as to not hinder traffic and made his way to the deli where he ordered a hero and a quart of chili to go. While waiting on his order, dressed in fatigues and heavily armed, happily munching on a pickle he was oblivious to the reactions all around him.  Once served, he returned to his ride, climbed aboard and headed back to camp. Apparently he was so busy eating he failed to notice the sirens, flashing lights and police escort flanking his tank. His focus was elsewhere.

When finally this international incident was tracked to it's source, the embarassed head of the batallion summoned Blowfish to ask what the devil  was he thinking when he invaded Canada with an armored tank? The answer was,
" Sir! I was hungry and I heard there was a really good deli in town. Sir!"

Of course, here at the Pond, part of what makes this family tale so funny to us is it is so Blowfish.

We usually follow up this telling with various accounts of  his single focus escapades, pour some more wine and laugh a little harder. Blowfish is always a good sport about these tellings, along as we don't run out of food.

So do you have a family tale to share?
I would love to read it :-)
You are welcome to leave your family tale in the comments here or,
leave a comment here to let us know to come to your place for a fine tale.
Posted by fishy at 9:49 AM

OMG, I'm still laughing over this story. Don't let an international border come between a man and his stomach! So who knew that it was Blowfish who was the reason why we needed such border security! Those black helicopter believers would probably interpret this story another way!

You have my dad's story just right. The camp claimed he stole the school bus. He says he borrowed it because he had a date. How can you have a date and not have wheels?

My dad's stories were great and endless. I miss them terribly. And him. So here's one of his Army stories ~ stationed in the Panama Canal zone during the Korean war period and being awaked by monkeys throwing coconuts at his head.

What a great story. It's amazing he didn't end up in the stockade.

Could you tell me the name of the ballot initiative regarding secret ballots in union votes?

yeesh! Be sure to keep plenty of vittles on hand, Fishy....it dounds like a scene in a movie.

Send me a copy of this amendment: "to prevent the feds or entities like the UN from ever having the ability to prevent the citizens of this state to hunt or fish."

Karl, it is amazing. His other big story about being in the Guard.... his entire battalion got shipped out on short notice but Blowfish had snuck off to the kitchen to make a sandwich....then fell asleep. When he returned to the barracks it was empty. They elected to give him an early discharge rather than spend the money to fly him to the new station.

I've heard this story for 3 decades and still laugh every time.
ALL the family stories about Blowfish are food related. I would be afraid to know how many years of my life have been spent watching than man eat. And eat.
And eat!!!! while I drank water and had a lettuce leaf for dinner.

I suspect you both will LOL when you read these. And Bravo! to this state for a bit of really important anticipating.

The Troll is back. THAT is an amazing story! Not sure I'd tell it to any Fishy Family yutes contemplating a military career.

Aunty,
Blowfish swears he was an inspiration for all sorts of idiots portrayed in military movies. He just is not well suited to a disciplined life.

I love your stories. and anytime we get a back story on you OR your Blowfish, I'm happy.

I don't think my family gatherings ever include family stories, but maybe this year I'll encourage this. It's a great idea. Thanks.

In the meantime, I think I know why your Blowfish is a fan of your cooking.

Boxer,
Blowfish is a fan of ALL cooking.

When I am really, oh so very, outraged with him ... I just don't go to the grocers or cook. This gets his attention far more than any words ever could.

Blessings on your weekend.

Love this story. And the fact that Blowfish seems to understand that when it comes to getting what one wants in life, it's better to ask forgiveness than permission.

Moi,
I think he might be past asking for forgiveness as well as permission! I don't mean that in a bad way. His medical crises a few years back really honed his focus on priorities!

this is a very cute story. i have to say, i chuckle a bit whenever i read "blowfish" because what a loaded name to assign to your dearly beloved! hey - i can understand being ruled by food needs i have seen little girls have full blown meltdowns over chocolate. Looks like you have yourself a fine foxhole companion in case the fan gets clogged with you know what. at least you wont starve. go blowfish!