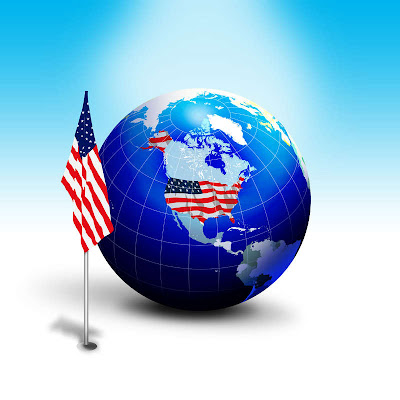 I stood in line to vote today.
The predicitons were for high voter turn out based on the number of absentee ballots disbursed.
I have, on rare occasions, cast my ballot this way. For the first W presidency I was out of the country and anxiously awaited news of the outcome. Mostly what we all heard about was the Florida chads and Al's declarations.

My preference is to go in person. To be a physical part of the process. When Mermaid was younger I would take her with me and stress the value, obligation and  importance of every vote.

Every vote!
I still believe in this.

I found the mix of folks working the precinct and waiting in line  interesting .
I was especially drawn to an elderly woman, beautifully dressed, beautifully groomed and heavily dependent on a walker to earn each hard won step forward. She was accompanied by a grandson, maybe 14 or 15, who was clearly  concerned for her. At one wobbly move forward, where the entire population in the room feared she might pitch face first onto the floor, hands came from every direction in immediate assistance . All were offered with a nod and a smile with no mention of need, or risk.  I loved that moment. To me it was a shining example of  "united" people. Very Musketeer, one for all and all for one.

Directly in front of me was a woman, slender, fit, forty-ish, wearing jeans a hand knitted sweater, a pony tail and no makeup. She carried with her a sample ballot which she reviewed over and over again. I think her stumping point was not about a candidate but about one of the four ammendments. There were  poster size copies of these ammendments along with explanations  taped to the walls around the room. She kept reading them. I thought this a good thing as to ammend a state's constitution is no lite matter. One of the ammendments is to prevent the feds or entities like the UN from ever having the ability to prevent the citizens of this state to hunt or fish. Another says ballots to unionize may not be secret. The others were about reserve funds, how much and how can they be used by the state. All important to get "right".

A bit forward of me in the line was an elderly black couple. That isn't remarkable in and of itself but was noteworthy because they were the only ones. Last election , my predominantly white middle class precinct, had a full representation of black, hispanic, and  asian voters. Today, not so much. That set me to wondering if this one small precinct was an indication of loss of faith by minorities? I guess tomorrow we will know.

I spent my day in two cities, receiving  nods or thumbs up from strangers who spotted my
" I Voted!" sticker.  I am sure there is a keen sense of awareness in all of us about the importance of this day. Whatever the outcome, America is facing grinding years of hard, hard choices and tough corrections. I just kept thinking today it won't be quite so hard if  we find we are not as polarized as the media tells us we are. If in our core we are a nation of peoples who would not let the grandmother fall, no matter her voting intentions.

Tonight, I will watch some of the returns but not all.
Tonight I will not go to the pub to stand with others to learn the outcomes of local elections.
Tonight, I will get into my cozy clothes, make a fine cup of tea and escape into a movie, or a book or blog .
Because  tomorrow I might need all my energy to scream.
Posted by fishy at 7:11 PM

Very nice essay, Mrs. Fishy! All those exercising the right to vote have earned the right to scream afterwards. We elected not to go to the big watch party tonight ... but have a friend on duty to send me messages if things get interesting.

Once again, great writing from Fishy. We no longer go to the polls to vote, and I miss it. I love visitng my local school and I really enjoy the volunteers (mostly elderly) who hand me my ballot. Mr. Boxer and I filled out the majority of our ballots at our favorite restaurant before a play last week. I'm not watching ONE SINGLE thing tonight that has anything to do with the election. Instead, I'm catching up on blogs and soon will retire to the basement with my canine friends.

Still, I love the right to vote, I love our country and even if my candidates don't win.... we still all win because we can vote.

So today we know if our votes prevailed. Most of mine did, some important ones did not. Our voter turnout was high and our state did not send any democrats to the senate. Other states did.

I am experiencing genuine hostility towards those oafs who have returned Harry Reid to the senate. In fact, I hold greater hostility toward Reid and Pelosi than Obama. Maybe because they have been there longer and are true implementors of harm to our nation. I think of them as "repeat offenders" because to me, their actions are criminal.

I believe the Tea Party, the Independents, certainly the Republicans need to recognize this is war and should advocate the
shunning of Nevada until Reid is removed. I would love to see us shut down Las Vegas in protest of Reid's return to the senate. It might be the will of the people to choose this creep to represent them but it by golly is equally our choice to protest his re-election .

Troll, I nominate you to spearhead this movement as I've seen that big stick you wield.

Pam,
So did you find them interesting?
Did you expect a Fallin win?
Are you packing up or staying put?

Boxer,
Nice of you to visit here and thanks for the kudos. I think you and Mr. Boxer's approach to social voting is .... hilarious. I wonder if your votes were influenced by the consumption of adult beverages? I can be really surprised by the thoughts which rise to the surface when I have a few ounces of wine.

Well written, it was an enjoyable piece. I find myself somewhat disappointed, although not surprised that Hoyer and Mikulski were reelected. The politics of Maryland are one of the downsides of what is otherwise a great place to live. And I too had hoped Reid would go. Boycotting Vegas that's an interesting idea. I've only been there once and refuse to go back.

I hope you're union ammendment didn't pass. Taking away the secret ballot will give the union thugs everything they want. I've seen the intimidation and threats of union organizers. If the secret ballot is taken away, many folks will vote union for fear of life and limb. We need to be shutting unions down not empowering them.

That should be mini-rant

Secret ballot in union votes passed. Union sharks are showing up in this state because it is a
"right to work" state and a couple of huge manufacturers are building here. The union thugs from the old neighborhoods come on down here to tell us stupid Southerners why we should do things their way or else.
I predict some tough confrontations are coming. We've had a few mysterious fires but no
"real evidence or witnesses" have been located.

It is looking like the out of state unions supported politicians were mostly not elected or re-elected here. This time.

Yep, I don't go to Vegas and really, shame on any thinking American who helps support the populace that shoved Harry onto us. Again. I am screaming today because I am well beyond infuriated about this travesty.

I did watch Obama today and actually thought he was pretty descriptive by saying his presidency took quite a "Shellacing". Very interesting. Who has been more shellaced than the American middle class?

We read the voter manuel during dinner (and cocktails!) and only voted for issues/candidates that were "easy." I think voting at home instead of the polls gave me more time to research and think about what I was actually voting for/against.

I have NOOOOO idea what happened in Nevade other than;

they were all drunk?

I have never voted by mail-in ballot. I always get to my local polling place (the elementary school around the corner) for many of the reasons you cited. It makes me proud to be an American even if the candidates don't. We had a very easy ballot this go around save for the one ammendment that was confusing as hell - especially the interpretive statement. The jist of it was whether we should continue to allow the state legislature to use unemployment benefits for things other than unemployment. Apparently, they've been doing it for 20 years to the tune of $5 billion. A no brainer, right? But the way it was worded, I had to read it several times and read a news article to understand that I needed to vote "yes".

I still don't know how that turned out.

And I use to take the kids into the booth with me and let them throw the levers. I would tell them which ones to throw unless it was for something like county sherrif, then I'd let them decide. Bwahahaha My small revenge on politicians that spend way too much money on elections. Their fate decided by a 5 year old.