Have you ever been caught up short by just not thinking?
That was my Saturday. THE Saturday which was host to
Cinco de Mayo
Kentucky Derby
Pleine Air  events
and the occurrence of the
Super Moon

Yes well.
I did not attend any festivals, parties, competitions or celebrations.
Nada.

My week has been knocked off kilter a bit  by several events.

The appliance man was called last Monday and came on Tuesday to discover the washer was flooding my house because the main drain was impacted. This meant pressure of water with no place to go had  ruptured the drain tubes for the washer. This diagnosis meant I could not get any laundry done before  moving the appliances  out of the utility room before the  new floor gets installed.The plumber could not get here until today. The tile installer and his idiotic assistant were here Wednesday, Thursday and Friday mornings. I have a rush design job in progress in the mountains an hour away. So it's been necessary to be here in the mornings for the tile installation and then get to the job site to check the trades, etc. in the afternoons. I like busy but this past week was not the kind of busy I enjoy.

My house is filthy.
Like days of  my youth I am wishing for the power to twitch my nose and  voila! a perfect house. Sigh.

Blowfish and the appliance man, in their wisdom, moved vacuums,  floor scrubber, brooms, mops, cleaning supplies out of the utility room in order of smallest to largest . For some unfathomable reason they chose to use the guest bedroom as the store room. (A room with hardwood floors does not seem to me to be the best place to park leaky equipment.)  So they took all the stuff I need to maintain this house and put it along the far wall of the guest room then placed in front of it one dryer and, smack in the doorway, one washer. Effectively making it impossible to enter the room or fetch any of the cleaning equipment necessary to maintain our home. This overall is not a good scenario. It is especially difficult for a woman who deals with stress and anxiety by doing laundry.

Since being inside was not productive, and concentration impossible, I decided the best use of my time would be spent in the yard. Spring is a time of many chores in Zone 7. Many.  Not the least of which is mulching. Over the three mornings I trimmed hedges, pulled weeds, dead headed flowers and then raked and hauled.  Then  raked and hauled some more. Progress felt good but as I was working I realized this long term, unrelenting drought was already causing signs of distress around our property.

One of my biggest fantasies is to have all the mulch I want. Well. that is half of the fantasy.  The other part includes the mulch accompanied by  heavy equipment and laborers. Mulching is hard work. Most of our Springs here at the Pond we have  ordered a  ginormous truck load of mulch be dumped at the end of the tennis court then have pitchforked and hauled it all around the property. It cannot be done in a day or even a weekend. It is backbreaking labor.
So a few years ago I went down to the Fafard plant and had them load my cargo bay with bags of mulch. Then I drove around the property with Blowfish throwing out bags where  they were needed. A quick X with a blade followed by flipping the bag put most of the mulch where needed and the only thing left to haul was empty wrappers. It took multiple trips to Fafard but overall this was a more manageable approach. 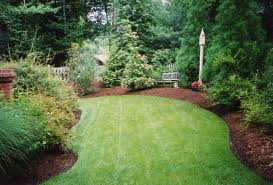 Saturday morning  I decided I would finish trimming and hauling the holly hedge. This is an undertaking because it's 2oo linear feet of hedges and uphill hauling.  As the clock rolled around to mid afternoon I noticed some of the bushes were looking droopy. This is not a good sign. I never get too worried when the annuals go to drooping  but when the shade growing bushes get the droop it is an indication of urgent need.  So I turned the sprinklers on and went to fetch bags of mulch.

Did I mention Blowfish was not available?
As in  not on the premises so there absolutely was no laborer but me? I realize my yard will never look like a magazine ad but I was hoping to  maybe  get enough  mulch out  to keep the moisture from evaporating around the bushes. Hours later I came in to get cleaned up thinking I would join friends and festivities at the local Irishman's Pub. As I was toweling my hair dry I turned on the tv and realized they were calling "Jockeys up!".  No way could I get hair, make-up, clothing and driving to the pub done in a few minutes.  So I went to fetch a beverage and watch the race thinking I would still meet up with friends for the Cinco celebrations. 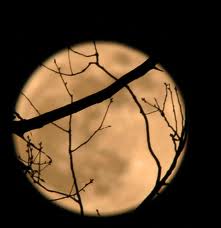 It was some time after 9pm when Mother Nature woke me up by the brilliance of the Super Moon shining  through the window. So, that was my  Cinco de Derby Moon Day. How was yours?

I seen the moon and the moon seen me--no Derby, no Cinco.

I bet yore yard is lovely. Why not give us a photo tour??

AN' a video of Fishy doin' a rain dance.

BTW, Fishy (anybody?) is that a Haiku host somwhar'?

Aunty,
LOL to the rain dance, we Fishy's doan like being outta water.

there is no rest than the one that follows a day of physical labor. feels good doesnt it? Im with aunty, lets have a look at that yard. I know its gorgeous. I would probably have lost my mind during that appliance debacle. I think you did the right thing by going outside. in fact, almost all things are made better by going outside.

Chickory,
Oh yes! Like a stone dropped to the bottom of the pond. Ummmm the yard is not gorgeous. Mostly pitiful because we are in the third year of a drought and this year we are so far behind in rain fall we are one of 5 counties classified as severe going into the Summer months.

I am far past visiting laundromats. Thus, a week of stress and no laundry therapy was maddening.

Today the plumber arrived at 10am and did not finish until almost 5pm. Turns out some of our 71 year old pipes had to be replaced because they are still insulated with the original asbestos wraps. Now the codes say they have to wrap those pipes and cut them loose to be replaced rather than worked on.

Right.
I bet we paid that man a fortune for him to drive away with a truck load of our thick copper pipes.

I feel your pain with the mulching. We do it every other year and get 10 cubic yards dumped in the driveway. It takes me a couple of weeks to get it all spread out using shovels, rakes and a wheelbarrow. We're not doing it this year (even though this is the other year) because I have a 30 cubic yard dumpster and a port-o-john sitting in my driveway. The thought of all of the landscaping I'm going to have to do after The Mrs' addition is done is down right depressing.

We had out main sewer line "impacted" too. I thought it was cracked from the concrete truck that was parked on it. Turns out The Mrs started using these clorox wipes to clkean the bathroom and was flushing them down the toilet. The public works guy left them by the vent on my front lawn so I would get the message.

I missed all of the events you mentioned too because The Pudge made his confirmation (rehersal, church and dinner). I also missed the super moon because it was too cloudy. And so it goes...

Nice framing on the Supermoon, Fishy!

Time is so tight lately, I can only work on my garden/yard in bits and pieces. Things are blooming beautifully, thank goodness, but the lawn, it is a horror show.

We didn't celebrate Cinco de Mayo because we had a long run the next morning and then took in a baseball game--ABQ has a pretty decent Dodgers farm team. I forgot just how much I love a long game on a sunny, breezy Sunday afternoon.

But that moon. Grrrrrr. I never sleep when the moon is full and that's just no good.

That moon was amazing. We went down to the beach to get a good view and luckily, the clouds were kind to us here in the PNW and gave a glorious view.

I'm going to second/third the yard tour please. That might be a fun MEME for us all? A yard day?

Cinco? I can't drinkee the tequila so it's a not a holiday we celebrate. :-)

Hey Buzz,
For years we had that mulch mountain approach. It finally got to be too much for me. Because I live close to the Fafard plant I can buy the bags for $1 each so it's cost effective and easier.

Our dedicated drain for the washer is the original (was), the plumber said it was 70+ years of lint build up. He even said, your pipes are in great shape but I am not allowed to work on them because of the asbestos insulation. AAAAAARRRRGGGGHHHHH!

I do not flush any type of wipes because i do not trust they will not cause issues. I use some of those pre treated wipes for furniture or appliances but they go into the trash not into the pipes.

Don't be depressed. What is son #1 doing for a summer job????? i bet he can do a lot of the landscape laboring.

S,
I love that shot but I did not take it, I downloaded it from the web.

Moi,
There is this thing called black out lining for your draperies ....

Boxer,
Is there anything better than a moonlit beach with your sweetheart?