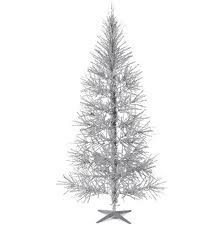 we get the message, Sunday is not soon enough for Monday.

Boxer, (who writes great haiku when motivated), is decorating  her vintage silver tree this year. Perhaps with silver creations by Chickory. No doubt Moi is striding forth in delicate silver slippers while Fleur  scatters silver noted glee.  Blowfish would love to have a Silver Cloud in any season while I am content with any serendipitous silver lining. Silver bells are ringing forth from every church while Southern Belles are wearing plenty. Holiday tables are groaning from laden silver servers, punch bowls and platters. Huntsmen like Troll and Uncle are crunching o'er frost silvered grounds while the deer sip from silvered streams. Does Karl festoon his boat in silver or Czar his domain? Perhaps Buzz toasts with silver steins  while Pam photographs her new smiling little boy!  All speak to this season for gathering joy. My favorite is this:

Enter as many haiku as you wish. We will judge two per competitor. If you write more just let us know which two are  your entries. If you post visuals at your site  let us know with an "I'm Up!" as we do use the visuals in the final judging. Please post all haiku's here. The usual  5-7-5  format applies as does the use of kireji and kigo.

Good luck to all!
Blowfish thinks we should "give a little silver something" to the winner. We are in discussion on this as we keyboard.

Terrific topic! I could opine for days on the merits of silver versus gold . . . and most likely will this week :o)

Thas' a whole lotta "we" goin' on, Fishy--I think y'all is enjoyin' the collaboration.

@ Moi
Oh now--ya' doan think Silveria is the right name fer that new planet, does ya'?

Moi,
Thanks, I look forward to your contributions.

Aunty,
Yeah, I noticed that too. Right about the time I was getting elbowed away from the computer. Tis the season for Folly ...

There are many ways to go with this topic. It should be fun.

Jean you beat me to it. So much for the Lone Ranger. Oh well back to the drawing board.

My grandma's flatware --
Summoned seasonally; serves.
Then put away: God.

Karl, I struggled with the topic.
I'd still be curious on your take on Lone Ranger.

@ Karl: Barracuda is a surprisingly tasty fish. I had one follow me while I was snorkeling the rim of Blue Hole in Belize one year. Didn't try to bite me, just kept right on my heels. Finally, my guide got fed up and speared it. Cooked it for me and S.B. for dinner. I felt a little bad for the feller. He was just being friendly . . .

@ Moi: Yes they are very tasty. However you shouldn't eat them larger than 2 feet, if it lives near a reef. They carry Ciguatera. A most uncomfortable form of poisoning.

hmmmmmmmmmmm great theme.
thinking here...
i'll see what i can come up with. might be nothing though.

Quarter-century
Hitched in twenty twelve: We are
Seasoned . . . all too well.

Not my intention to either offend or be politically correct.

every silver screen has them,

Here's looking at you.

Polishing away
tarnished finish of the past
shines for the future

Thanks for the invite. I am coming in late having just returned home. I was off playing.


Visual is up at http://serendipitouswildmoments.wordpress.com/

Czar: I have to admit I'm way too salty.

I put up some visuals this time. Nothing fancy.

You beat me to the ranger too jean.
Hey, was it hi-yo, hi-ho, or hi-oh I'll be on tenter hooks till I figure it out. While you're at it whats a tenter hook?

What is this Silver?
A lining on a dark cloud,
or pocket lining?

Curm, everything I saw on the web said hi-yo...but my child brain remembers it hi-oh. Probably a brain deficiency or long term hearing defect on my part. Tenterhooks..ow...think slaughter house.

Oh zowie! MANY many good entries--


May be back later-screamin' busy day.

I cleaned up the haiku above and made it into a Troll Poll. And, for some reason, I think it's Tuesday.

Skippy Flunked Chemistry Class and embarked upon a Life-of-Crime.

Hi Fishy! Great subject. A few from me:


SALON TRIP THIS WEEKEND:
The stylist tells me,
"We call it platinum now!"
No silver hair here!


60'S MUSICAL HOMAGE:
Put silver wings on
my son's chest; make him one of
America's best.


STERLING CAT TRIBUTE: (notice double-entendre use of Sterling as Silver in title) .... ;)

And now I have that Linda Ronstadt song in my head - --- Silver Threads and Golden Needles cannot mend this heart of mine .... will be singing it all day.

Sexy on the gents,
dowdy on the gals? Flip that.
Silver’s the new blond.

Wow, fish pond's already jump'n!! I'd even say it's FIERCE!!


Be blessed with a lightness that shines from here to there and everywhere. Into crooks and crannies, too. Fill the dark with a shining YOU--

P.S. Up with visuals at http://ramblingsfrommytyper.blogspot.com/2011/12/illumination.html

Wow! Lots of competition this week.

Gold just out of reach.
I gave it my all, my best.
Better than Bronze!


Visual up at Monkeys & Windex

to annoy Pam, I gave mine titles for the first time. grherhahaha

Two Strategies in One

Listen, it's storage.
cash later for viables
it kills vampires too.

You have your work cut out for you.

I enter one more, please judge my first and my last.

So far above the clouds.
The silver salvation flew.
Save's Zamperini!

A more seasonal entry from me for No. 2.

I always thought it was "Hi-Ho Silver. Away!", but TV was rare in our household on school nights, so never watched the Lone Ranger much.

Great theme Fishy and Blowfish. Looks like you have your work cut out...

Pam,
Please advise which two are submitted for judging?

Wow, Fishy, so many fantastic entries--I ain't envyin' y'all fer the judgin' chore.

Congrats to Czar on his Silver Anniversary


PamOKC intimidates me, so I ain't gonna give this entry the title of Rodeo Daze.

@ Karl (Zamperini) Ha! Synchronicity--I'se half way through UNBROKEN. Ya must be readin' it too?

On the matter of the Lone Ranger. Realizing the epic importance behind this memorable quote. I have consulted the highest authorities available and have found concurrence between the two separate sources. In that "Hi-yo, Silver away!" Is indeed the phrase used by the masked avenger. I hope this information helps to put this extremely important issue to rest.

@ Aunty Belle: I finished it a couple of weeks ago. And yes the Haiku a shameless plug for a most excellent book and the thundering beauty that was the B-29.

OK, master of the universe: How did you embed the links, and with different text, in the comments box? I've been wanting to do so, but just haven't taken the time to figure it out.

The technique was shown to me by our own beloved Chickory. If you remove the quotation marks from this HTML sting you can insert links. "Your Text"

Well...That's what I get for being a smart ass. I will e-mail you a file, that will show you how to do it.

Chickie: i used titles for the first time also!

Ah! Tenterhooks were nails driven in a frame to insure wool cloth didn't shrink. You can rest at ease now.

Master of the Universe Karl

Karl, master of the universe

Thanks, Karl. I received the email.

Hello Haikuers,
Blowfish is away until late afternoon. I could skip out on his participation and get to this serious business of judging but.... well I do have three decades invested and it is the season for sharing so ... come on back a bit later.

When pressed, masters of the universe like Karl are reluctant to pick a favorite way to dispense with their enemies. "But guns are perhaps the most expedient way to go," he suggests.

But, "I'm reluctant to pick a favorite way to dispense with my enemies," says Master of the Universe Karl. "However, I do find that a simple handgun is the most expedient method at the moment."

LOL, Czar. You are of course correct, but only the Master of the Universe can be right every time all the time!

Moi, then he is stuck with the decision of which caliber?

the 2nd most interesting man (and dos equis fan) in the world said...

when car makes a gun shape with his hand? real bullets come out when he pulls the invisible trigger; and chuck norris weeps.

I'll make this quick, dinner is smelling fine.
All entries have entertained, and this competition gave me reason to hang out a bit in Fishy's domain :-)

The winner is Fleurdeleo with:

A funny thing happened on the way to the decision.
Fishy read the entries while I sat across the room, eyes closed, focusing on the rhythm and content of each haiku. When Fishy read this one I lost all composure as this is what I thought I heard:

No doubt you all know now why I do not haiku.
Good week to all. Congratulations Fleur we look forward to your hosting next week's game. If you cannot please report in at Sir Troll's.

Brilliant, Blowfish, and congratulations, Fleur. Any way you can get it.

Bwahahahahaha! That's priceless, Blowfish. Congrats, Fleur! Twas indeed a most excellent haiku, with a d'oh! twist we can all relate to.

Please note that Blowfish and I made separate lists of our top 3. His were:
Troll's silver slivers
Curmudgeon's silver screen
and Fleur's

My top 3 were:
Karl's Silver Ranger
Moi's Flip that!
and Fleur's

While Blowfish has shared his hearing problem with the public,
he did not substitute his mis-hearing for the actual brilliant haiku by Fleur.

Could't you just feel the racing pulse eagerness of the find only to crash into disappointment over the discard? So much of life follows this pattern, and yet, we still look. Bravo Fleur on this oh so well deserved win!

one can never be disappointed when Fleur takes the prize -she consistently turns in an elegant haiku. Congratulations!

Fleur's twist was perfect, but Blowfish's version was way funnier.

Nice job from the pond!

I think this was the funnest haiku contest so far.

Much thanks to Fishy and Blowfish!

Thank you for hosting it has been a fun time.

Congratulations Fluer! You're always at the top of the pack.

yes I forgot to thank our hosts for a fine hosting job. Blowfish was a fun edition. perhaps one day there will be an uncle and SB and TreyJ and other shadow bloggers' hosting.

"Silver gum'd rapper" is brilliant! I only wish I had thought of it!

I am absolutely honored to have won this go-round with all the lovely, poignant and precise entries. Absolutely thrilled!

I will host. Theme will be up Saturday.

Congrats to EVERYONE for some great haiku. With special congrats to Fleur, who rose to the top of the cream puff!!

Congrats Fleur! Delightful poem was yours.

Wonderful hosting Fishy & Blowfish, not to mention a great theme.

Congrats to Fleur. and thank you Fishy and Blowfish for hosting.