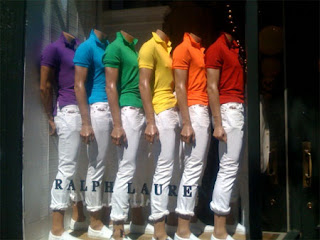 Blowfish looked around . There were no pots simmering on the stove, no red lights indicating the oven was doing it's thing, no favorite smells wafting out to the garden room.  This is a reality he always finds disconcerting. Blowfish is one of those men who just plain loves to come home to a fine smelling Kitchen.  He even rubs his hands together like a cartoon character or takes us through a few dance steps around the Kitchen to express his joy.  The man loves his groceries. If there was any justice in the world of metabolism I would be a wraith and he would be rotund.  When we first married Blowfish would get up and before the second foot hit the floor he would be asking what's for dinner. I have no idea at 6am what I might be hungry for at 7pm. I would much rather keep a stocked pantry and decide what to cook  based on what I am hankering for. Blowfish much prefers knowing because he wants to anticipate dinner all through his day. Ever the optimist, it took him two full decades to accept this reality of life with Fishy was unlikely to change.  To his credit he has learned to anticipate surprises.

No food smells and no dinner date are not a "surprise" he enjoys.  On this day he looked around, gave a little nod and headed down the hall to get changed. He was back promptly.
" Fishy, did something happen today?"
"No"
"Are you upset about something?"
"Uh-uh"
"Mad about something? Mad at me?"
" Why are you asking?"
" That rainbow in my closet might have something to do with it."
" Oh. That. Just ignore it."
I may have mentioned in a previous post that I do laundry and organize closets when I am agitated about things I cannot change. I had on this day done all of Blowfish's laundry and,  had then organized his section of polo shirts in the cool to warm color range of a rainbow. This, combined with the no food smells was making his alarms chime.
"Fishy, lets go up to Joe's and have us a fine dinner, some good wine and some foot rubbing under the table."
I laughed out loud.
" Odessa is right about you.  You are a fool of a man".
" Only about what I love. Is it a date?"
"No"
Did I mention Blowfish is an optimist?
" Well we can do all the wine drinking and foot rubbing we want at home. Add a little peanut butter and jelly and I can rest happy."
This was even said with a smile.
Still laughing I said, " Why don't you get changed and I will magically make your dinner appear."

When he came back to the Kitchen there was nothing happening. He looked crestfallen.  Truly.
Then he noticed a table setting , a wine glass, a corkscrew. He looked a little better. Even hopeful.
He smiled as her turned toward the Kitchen and said,
" It's seafood pasta salad isn't it?"

As he was finishing his vat of  dinner he said,
" Fishy. What is up with all this?  My laundry is done, my closets are organized, my dinner is awesome."
I said,
" Well, its sort of a good bye, remember me fondly statement".
Looking confused he stood  up to ask, " you're leaving?"
" Possibly. You see I got so  furious with the games coming out of Washington  today I lost control. I dispatched  e-mails to every member of Congress and to the President telling them if it was up to me they would be terminated immediately. Later it dawned on me the word 'terminated' could be interpreted to mean something other than 'You're fired!'.  I expect the FBI to show up just any minute and haul me away for being a threat to our democracy."

Blowfish winced,
" Damn girl, you never have looked your best in stripes."

Why do I think everyone who visits this blog for the next few months will be investigated?

Perhaps you shouldn't be planning Blowfish's last supper, but yours?

Troll,
I hardly ever got investigated until I became a member of the Troll Family Bloggers.

Moi,
They have my fingerprints from back in the 70's. Some zealot called the FBI to report hearing me say I was looking forward to someone relieving Jimmy of his head. What I thought was a colorful statement of my opinion of Carter was not laughed about by the boys in suits. They even knew I had earned a marksmanship medal at summer camp the year I was 13.

The thing that would really suck about jail is the outfits. They're not good.

yesterday's WSJ, Peggy Noonan's column she makes huge observation: anyone in this nation over 50 feels as though they are living in an alien culture--the America of their birth is nowhere found in culture, music, politics, social standards, manners...they were born heah, but they do not recognize the land of their birth. An' the number of the 50 up is 100 million.This constitutes a massive voting block, or heartburn depending on yore POV.

Moi,
I was kinda hoping they would let me paint designs on my orange jump suit.

Aunty,
Okay. 50+ is my category. What is missing isn't a youthful POV it's duty, honor and ETHICS from all branches of government.

I had lunch with a friend on Thursday who bemoaned the facts of life for her college sophomore daughter saying, " I have seriously handicapped my child. I raised her to live in a world which no longer exists". My answer was much like Noonan's article, "it's getting ever more difficult to find familiar."

Fishy, if you go to jail will you get a prison tat?

Personally, I look horrible in orange.

Boxer,
Only if it spares me from worse fates! I am hoping there is demand for custom cell designs. Even better than those tacky tats the inmates can have an entire wall of personal art.

Can we go back to the part where you make dinner for Blowfish? He actually comes home and smells food cooking?

Buzz,
I'd bet real money Mrs. Buzz cooks.
Tonight Blowfish had a glass of his favorite merlot, a salad of heirloom tomatoes, with shaved baby swiss, and julienned scallions with a balsamic dressing. Followed by a braised, then pan seared, locally made, hot Italian sausage, smothered in caramelized onions and mushrooms on an oil drizzled, pan crisped baguette.

He's in charge of dessert.
I had to flee because he insisted on turning on the fair and balanced talking heads report.

Fer a fella who paints graffiti on your hammock, ya shure treat him fair.

My, my, Fishy, your dinner ideas have me all worked up - yet keeping cool in this heat too :)

Would love it if you'd like to join in the Culinary Smackdown fun I'm hosting this weekend.

ask to be put on the chain gang. at least you'll get vitamin d. I'll send you brownies. with a file.

no joke though. you are probably on big sis's list of hall pass violators. how dare you send anything at all to Dear Leader.

What is Chick 9 tauwken about?

Thar' wuz a book, the Odessa File, but not a file in brownies--huh?

Chicky,
Odessa is a beautiful native who "does" for some people in these parts. She does more philosophy than floors but she is an entertainment.

While Blowfish doesn't cotton too well to her description of him as " a fool of a man", I do.

I get the value of the outdoor details but I reckon on where it is makes a difference. Some Federal Pennies are in undesirable climates.


Aunty,
See explanation above. Bring brownies with or without files.