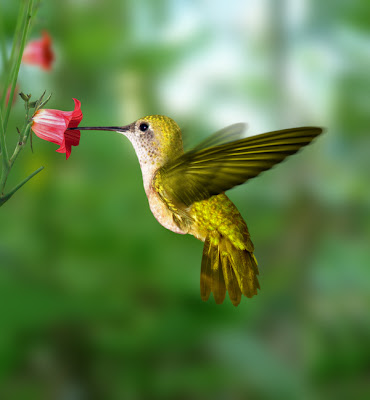 Once home I grabbed the bags of groceries
and headed inside to prep a meal Blowfish would enjoy solo. I had plans to attend  the opening party for a juried show at our local Arts Center. I was a bit rushed trying to prep dinner quickly so I could get on with getting me prepped for the evening.

Art openings are interesting. It is pretty typical to find folks there dressed for a gala in conversation with folks dressed in holy jeans and dirty shirts.  There is an undercurrent of competition to these things, both from those with entries in the show and those attending.
It can be daunting to enter a room where you know dozens of people will be appraising you with an artists eye. It also can be very entertaining. If you enter into this activity with a fun loving spirit then a good time is to be expected.  These days I  allow myself extra time to get ready because of the artists eye thing. So the experience will be fun not stress.

While still in the Kitchen, some movement caught my eye out in the Garden Room.  Something was swinging back and forth but I could not tell what it was. Soon as I got the chicken to browning I went to take a closer look. At first I wasn't sure what I was seeing, partly because of the pendulum motion but also because  there was  glare on the window. To my dismay it became clear there was a tiny hummingbird trapped in a spider's string which was anchored at the gutter of the Garden Room Roof.

I turned down the chicken and went outside.

We did have a week of  cooler Fall  weather but then returned to mid 90's heat with lots of humidity, zero rain and daily ozone warnings. Being late afternoon it was an oven with heat radiating outward from the Low-E windows exactly as intended. I told myself to be quick about this because I would be hot and sweaty in minutes and I did not have time to deal with my damn hair before the party. ( See Fish Stories 10-15-09 )

The bird was trussed up in that sticky spider's string like a sacrificial offering. I thought it was dead so I went to get a broom to sweep that sad vision away but at the first swipe I heard a tiny sound and then as the bird swung around on the string an eye opened and stared into mine.  Clearly there was hope so a change of plans was in order. It was off to the garage for a ladder and gloves to facilitate a rescue.  Once I was eye level with the Hummingbird I could see I would need to hold the bird in one hand so it would not fall while I broke the
spider's string. Then I would have to figure out how to get all the trussing sticky off that incredibly tiny  bird  before letting it go. There was no assurance "go" would be a possibility but I never thought to not try.

While making these assessments I slowly became aware of another movement right before the biggest spider I have ever seen jumped for me. Spider was in the mood to defend it's prey, my size was no deterrent.  I did not react quickly enough before the spider sprang forth landing half in my hair and half on my face. I took the express trip off the ladder screaming and flailing.  I won the battle but not without smashing that spider into my hair.

You can imagine the things I said while re-setting the ladder and returning to the rescue.

Have you ever held a Hummingbird in your hand? Wow! However that business about being tiny and fragile made  it a challenge to figure out how to hold it gently enough to do no harm yet firmly enough to be able to remove  the massive amounts of sticky . I think the more the bird moved in it's efforts for freedom the more trussed it became. Mummies could have been less wrapped.  Awful.  But as progress was made in the removal the bird became more animated, more determined to be free and eventually we reached a point where I could just open my hand and see what happened. Miraculously that tiny, tiny  oh-so-beautiful bird  hovered in place for a few seconds before  flying off to the interior of our giant Cecile rose.
Amazing.
I felt blessed to be a participant in good prevailing.

Did I mention the heat index was  in the triple digits?  I was sweaty hot, dirty and was sporting smashed spider as a hair ornament. Naturally the only thing to do was turn the hose on myself.  I  flushed spider from my hair , drank from the hose and filled the bone dry bird bath. Immediately the Hummingbird emerged from the Cecile and went for a swim. Did you know Hummingbirds have a chirp? It's loud too.

Ultimately watching the Hummingbird chirp and groom itself in the birdbath taught me a lot about  resiliency and moving on. A few minutes earlier that bird had been on the death pendulum . Now it was engaged in life, having a good splash and making  a cheery statement. It might look a beautiful, tiny fragile creature but in truth it is a mighty warrior.  Lesson learned.
Posted by fishy at 8:45 AM

Email ThisBlogThis!Share to TwitterShare to FacebookShare to Pinterest
Labels: I made it to the party, Perhaps a bit past fashionably late

oh my, but this is a grand story.

Fishy, ya coulda broke yore neck--I hate arachnids of all sizes. To think of a spider eatin' a bird makes me madder than is good fer the blood pressure.

What'd ya wear to the opening?

Hey There Belle!
I can tell you for certain had my Mama heard my commentary 'bout that dern spider she'd switch me good. On the other hand she would be proud of me for saving the Hummingbird!

Oh... on the break your neck thing ... well I did that once already.
As luck would have it, my trip off the ladder only left me with a bruised knee. I figger God wanted me to be fit for saving the bird.

Like you, I am no fan of spiders though I know they serve a purpose. It fair gave me the shivers to think of a spider catching a bird too. ICK!!!! But there was a beautiful lesson in this experience and Belle, I now know the sound of a Hummingbird chirp.

It's hot so I wear natural fibers.
Nubby silk pants and shirt with a long linen red vest with micro black piping. The vest has ink sketches of the famous architecture of NY, London, Paris, Rome, Madrid. A poor description but it's a great looking vest and always makes those artist eyes smile.

Lucky humingbird. I didn't know spiders were after them too! First preying mantis, now spiders. Those poor birds, how do they survive? With wonderful folks like Ms. Fishy to help them out of a tight spot. Good going, and sounds like a fun event.

Pam.
I always LOL at your doses of pragmatism. ie "lucky bird".

As for spiders, well they lay their traps and wait to see the catch don't they?

yay for the Hummingbird!!!!. They are my favorite bird. I was lucky to see a nest when I was in Utah last June. Amazing. Thank you for going to the extra effort to leave your task and make a new one. So.Very.Kind.

Do you buy anything at the art opening?

Hello Boxer,
How tiny was that nest?

Most of the art is for sale. I did not buy anything this time out. I did find a piece which might work well for a client. We will see. I believe emotional response is the primary reason for buying art. If that also happens to have real compatibility with your decor...well that is a welcome bonus.

Wait, you were going out by yourself to an art exhibit gala but you made dinner for your husband first? What a lucky man your husband is. I myself have never experienced the "wife-making-dinner-for-her-husband-before-she-went-out" senario - EVER. And it doesn't appear to be in my fuutre either.

Oh, good job with the bird and spider and yada yada...

And you made him chicken? Did you cook him a vegatable and maybe some rice too? I'm sorry, this is a totally foreign concept to me and I'm just in awe.

I hope everyone at the gala like your spider hair clip.

Buzz,
I am still laughing!
Your Mrs. doesn't prepare your dinner on the nights you decline to be her escort to a gala she wishes to attend?

Actually I took the easy route with a baked sweet potato and fresh fruit salad to go with that chicken.

And yes I have done this before and will likely do this again. But I don't do it often enough for Blowfish to take it for granted. The minute he does...well it's over then isn't it?

This was a thank you note to Blowfish. Earlier in the week, Blowfish got up before first light to take me on a sunrise breakfast cruise on his day off.
His one opportunity to sleep late.

Most of the spider remains got removed with the head hosing activity. And if there were remains dangling ... well no one mentioned.

Ack! another violation, the GOAE will be after you big time now. Your only hope is to plead self defense and enlist the help of GOHFFF (the gov't office of hummingbirds freed for flight) mind you they're not as powerful as GOAE but they do have hundreds of freshly hired new government bureaucrats that need something to do besides cashing their paychecks. Look them up in Chicago.

Congratulations on your mug win.

If only there was a spider's web for
the GOAE. Trust me, there would be no rescue.