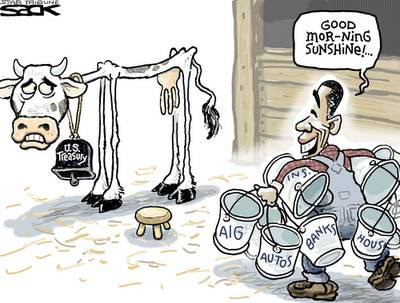 You know  the saying,
" it isn't if you win or lose, it's how you play the game which counts"?
I do not agree with this. Just a quick review of the days headlines  will smack you upside the head with a reality check. Right, lots of examples of how you can play by the rules and lose everything while the bad guys get paid bonuses to steal your future. Then of course we can get totally stressed and confused with the scarey notions of staving off de-flation by forcing in-flation. Right.
Sadly, we did this to ourselves by returning to power those who have forgotten the people they are elected to serve. I know, Pollyanna again.

In a recent conversation a wise friend mentioned her viewpoint about  how this November is critical to our nations survival. Wiseone believes if Americans do not oust incumbents then we are doomed. A clean sweep is my idea of marvelous but not all agree with me.  And I get her point, if daily headlines are insufficient to move voters off their sofas? What then can we expect.

I talked with another friend  asking if our nation unravels where would he go? The response was deliberately vague leading me to wonder if he does indeed have a spot picked out. Or purchased?
What was interesting to me is this. Five years ago had I asked this question I would have been laughed out of acceptance. Now, the question is never a surprise and answers are cagey. " Not sure, you"? or
" my decision is as unstable as the Euro".  Does this mean the relocation isn't European or is it simply meant to divert the conversation?

On a recent longish drive I gave some thought to:  if this could happen how?
How much money could be realized from  liquidating all assets and would it be enough to live elsewhere to my end? Unknown. And, where is better? Can I resolve to live in a dirt floor hut reeking of bug spray and draped in netting to prevent malaria?

Some images are not funny.  At the top of the cartoon dollar  do you see what it says?
"Federal Reserve Note". Since we have no Federal Reserves will newly printed paper money say at the top , " Federal Debt Certificate"?  Is this our reality? Years ago I remember my grandmother having a fit about money. She ranted about the time when the government switched from " Silver Certificates" to "Federal Reserve Note".  Her story was the government gave citizens a deadline for exchanging their old silver certificates for the notes. She hotly contested this because one was a guarantee of value backed by silver, the other "just a damn lie". She defined this time as a government take over of private wealth and she hated those notes. She saved a bunch of silver cerificates and later in life, when her income was shrinking while expenses were increasing she took her silver certificates out of storage to cash then in at a bank. Where they told her they were expired and of no value any more. "Nonsensical!" she huffed, "this is guaranteed by the United States government and I want the full value of these from the date of issue". Her demands went unmet and her wrath at the government unrelenting.  Did I learn the lesson I should have learned from this oft told family story? Maybe. Or not.

What I am certain of is my inability to grasp the complexities of today's shifting monetary games. I am equally certain I should make the effort. So this morning I fired up the computer and set out to learn more. I read quite a bit, studied charts and graphs, visited the economic dictionary, etc. What I  learned is questionable. What I earned was a masive headache. I headed outdooors for an exercise cure . 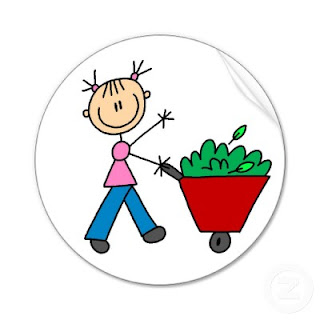 Three hours later, at 100% personal humidity,  I headed indoors for a shower and some lunch. I turned on the flat screen for diversion and to my surprise rapidly became immersed in the story of Temple Grandin. It is a wonderful story.  The acting of both Clare Danes and Julia Ormand  were brilliant.  Temple is the daughter of a Harvard graduate who refused to have her then 4 year old daughter institutionalized for what was  called " Infantile Schizophrenia" and is now called "Autism". Temple has a PhD, teaches, writes, revolutionized an industry. She accomplished amazing things at amazing odds. 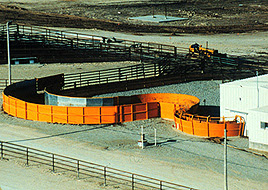 Watching this movie made me aware of how comfortable we get with the known, the perfected, the understood and how stressed we feel when we are outside that comfort. Like my research of things monetary this morning. But what if every aspect of life was outside your comfort zone? Even speaking or touching? And yet, isn't it astonishing what we ask of those who are " different but not less"?  Do we ask as much from those who are not different? Or ourselves? Not often.

So now I have said to myself, " Okay Fishy, let's say you are autistic about Math , Money, Economics. That you have spent your entire adult life being right brained which you have tried to balance by  purchasing left brain time or skills from others. Too bad, it is now time to go thru that door and learn what defeats you, learn that which busts your head with pain, learn to not be left brain lazy and to make the effort".

Because it is about who wins and who loses and why.
Posted by fishy at 4:01 PM

I totally get what you are saying. So complex and yet so simple. But the top cartoon is now a fave. I was planning a post on a particular State Question we will have on our ballot and you are inspiring me to go ahead and do it ... I try not to get political on the blog page but sometimes you just gotta.

My fear is this financial manipulation is more "diabolical" than "political.

Like so many others who prefer to have a plan b, c and d ...we are all having a hard time just guessing what would be a safe plan a !!!!! I absolutely must make myself work harder at understanding the economics of this new reality. I am fearful and just loathe this feeling of being perpetually at risk.

If you haven't seen the movie on Temple, do watch it as it certainly does inspire :-)

I am totally confused by the state of the economy. The media is starting to talk about a double-dip recession. What, does that come with sprinkles? All I know is that the Mrs is trying to single handedly pull us out of the recession by spending a ton of money and I probably won't be able to retire until I'm 80. It's why I don't sleep much.

Diabolical yes. The roots of it stem from activities in Beijing. Not that our own greed hasn't been a major part of it. Allowing trade unions and government regulation to drive our manufacturers overseas, where they can build products cheaply and avoid the problems here. Has set the Chinese up to be in the position they are in now.

If you're interested in some interesting reading, try Dr. Peter Morici he can be found here:

Go to his opinion articles.

As far as if the nation unravels, where would I go? Well, my sailboat would safely take me anywhere in the world. Yet, I would be here, fighting for my country. Ultimately the net gainers will defeat the net losers. And if the USA collapses those other places won't be so great to be either.

Buzz,
Very confusing and perhaps deliberately. I'm thinking those "sprinkles" you mentioned will be the tears of millions.
I know plenty of smart women , like your Mrs., who have defaulted to "normalcy" as a coping method in the face of this economic quicksand. Others say things like
' when the big crash comes I will have great memories to console me'!
My position is if you can engineer a debt free household, you should.
If you cannot, come as close as possible.

Here at the Pond, Blowfish thinks I am crazed to have stockpiled things like hand tools, gardening gloves, work boots, socks, heritage seeds , bicycle tires, batteries and old books on farming, canning, butchering, etc. Maybe it's the girl scout in me with that ole 'be prepared' motto.
Sadly, noting in the scouts prepared me for this confusing economy .

Karl,
I have, for a while now, wondered if the current economic morass is a long intended event ie 'diabolica'l and not an unintended result of world events.

It remains very unsettling to me the media do not show side by side graphs of the decline of American financial security and the corresponding inclines of Asia
and Indonesia. Plus, if memory serves we offered incentives to other nations in gutting our own, steel,electronics, textiles, autos, furniture, plastics ....
and my conclusions are this is not about party lines as both have contributed heavily to this decline of our nation.

I am all for fighting for my country but who, what, where is the enemy? This invasion has been a long term stealth infiltration and I truly fear our delay in awareness. You make a good point, if our beloved USA does unravel, how can that not effect the entire world?

I will visit your referenced sight and I will do my best to 'be prepared' which means laborious study of economics. So weird to me that I have for a quarter century successfully run two corporations and my personal life without economic confusion and now every 'norm' I know is ..... not.

Thanky to Karl fer the link.

I plan to climb in the hole with Chickory. Sure hope she has room in there.

Boxer,
way I read things, Chickory is a fine nation!