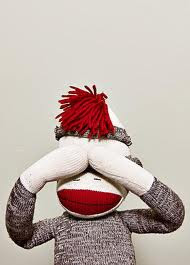 It will come as no surprise to many of you  if I mention Blowfish is a man of opinions. He is a man who grew up on Staten Island with jobs as early as age 8. I think his first job was as an assistant on his Uncle Frank's milk route or as the delivery "runner" for another Uncle's butcher shop. Later as a  gofer for various enterprises. As a teen he had Summer jobs as a life guard on the beaches and in Winter as the parking jockey for the ferry to Manhatten. In each of these jobs there was an expectation for promptness, reliability, manners and a presentation of self which would pass his mother's keen inspections.

He earned habits which have lasted a lifetime. It is rare to ever see this man in an untucked shirt, or unkempt hair, or scuffed shoes.
(I might just mention there is no human and no machine which could ever shine a boot better than Blowfish). His truck is always clean, he would never leave home with a bed unmade,  he carries a nail clipper in his pocket and his shirt collars stand as erect as any diplomats.

Every year when Spring emerges and temperatures rise, Blowfish gets a bit cranky.
The public starts shedding  layers of clothing thus exposing that which should not be seen.  At least  in public.  When Blowfish comes home at the end of his day I am the recipient of what I call "The Evening Flesh Report" which is this man's vocalized outrage at the presentation of flesh he would have rather not seen.
He feels violated.
" What is the matter  with these people Fishy! Have they no pride?"
" More likely no manners and no mirrors."
" Oh no! They all have mirrors. They like to admire their own tattoos! Clearly they want the world to as well.
It is clear to me decency is over"
" Don't look".
" How am I to do that if it is out there?  Is modesty history too?"
"For some time now." 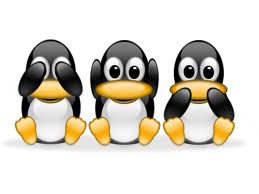 Blowfish was slamming things. A rare event. But as he was fetching a bottle from the wine fridge, fetching the wine opener from the cabinet and selecting glasses to go with the wine he was slamming doors as a way to punctuate his outrage.

" Today I saw the personals of a  woman I do not know.  I saw her tattoo arching over the great divide. I saw that  she is not a natural blond. I saw her purple sequined underwear with no fabric just a waistband.Why did she do this to me? I am a graphic designer which makes me a very visual person!"

Trying to maintain a straight face I asked,
" Did you know they make purple sequined thong underwear for men too?"
" Those are not men."
" Well, I gather this stranger whom you now know personally was not presenting a fit, young visual?"
" Fishy, you know I do not find this funny. It is true, like any man, I would rather my gaze fell upon beautiful  young flesh than wizened older flesh but in all sincerity I wish women would cover up. Men too. I am sick of seeing young men with their pants at half mast , their heads shaved and their  arms looking like the comic strips." 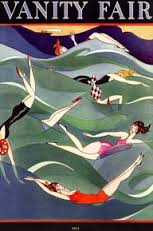 " Maybe you should run for office. Clearly there are far more important things to outlaw than Big Gulps."


"Okay. So Bloomberg picked the wrong battle. What happened to the laws about indecent exposure? In my life guarding days there were not signs on the beach which said, 'Dress your fat!' but there was an expectation for people to not force others to see what should not be seen. Back in the day, there was a standard to be upheld. Laugh at you want but 'decency" was admired not scoffed over. No decent person would be showing so much flesh. We lifeguards saw everything and nothing I saw then compared with the offensive  visions of today. Back in the day the "tattoo woman" was part of the Straits shows.

"I am quite certain 'back in the day' there were older women with their  ta-tas exposed and those in bikinis who looked like advertisements for cellulite therapies  and didn't speedo jokes start in the fifties? I agree we see far more than we should. Haven't we always? The good news is the fitness craze. At least the ones you see who are looking prime are on the rise too." 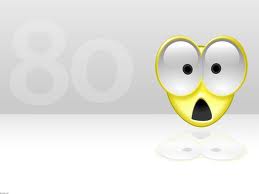 " Fishy, you are being deliberately obtuse.  There are people  out there of every body type showing too much body!  Some of them are fit but I see more of the ones with rolls of fat on display. The Michelin man looks slim by comparison. I am not judging these people because they are obese. I am saying if you have that issue do not put on your skimpies and go forth for the unsuspecting to see it!"

Barely pausing for a sip he rushed on,

" There  are women  older than me who are out in public in what looks like pink and black skin with running shoes to match.  It's great they are in shape but they are barely more than nekked. The Bond women showed less! I saw a woman at the grocers yesterday in a scandalous tennis costume and thought, 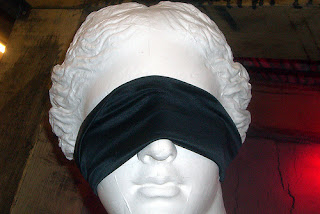 Laughing and topping off his wine glass I asked,
" How is it  you could be a professor in an art college,  in Florida, where most of the students were half naked, chocked full of riotous  hormones and  were busy living and illustrating  every coming of age pang  without you having  these issues? "

" Because Fishy that was normal!   Kids coming of age is always normal. Once you reach the age of maturity you are suppose to stay grown!   Thank God my teaching days were before this trend to show it all, pierce it all and ink it all."

Watching Blowfish in a flap about something does have an entertainment value. At least for me.  Laughing at this man divesting himself of the days horror  the imp in me wondered if there was space on those purple sequined man thongs for a monogram?

that was fun! I loved your description of the very presentable mr blowfish. I agree too, that there isnt much respect for the eyes of your fellow man anymore. keeping your rolls under wraps is a civic duty.

Oh, I wish I could post a photo taken on a blog summit a few years ago. I think Chickory noticed her at first. It would make your Blowfish's .... s p I n. Nice read on a rainy Friday night.

Living in one of the obesity capitals of the world -- where the big daily decision is whether to walk sideways down the Walmart aisle or get a motorized buggy to haul your immense self around the store -- I can relate to the Horrors of Blowfish.

And as I've mentioned, you and the czarina have something in common . . . both good Southern girls who married men from Staten Island, god help you.

The Staten Island accent is, to me, distinct even from the bordering Brooklyn and Jersey accents, and I wonder if Blowfish agrees.

We were in a Mexican restaurant in Fernandina Beach, FL, in 1998, and I heard a familiar sound coming over the booth. I told the czarina, "I bet that woman is from within 5 miles of Staten Island." As we were leaving the restaurant, I stopped by the table and asked where she was from. She said, "New York." I said, "Well, I know that. Where?"

Maybe Blowfish and I can trade stories some day. If he or his family ever drove a Chevrolet or especially an Oldsmobile back in the day, they likely met some of my forebears. I can only hope the transactions weren't too jarring for the Blowfish clan. I'm still getting over it.

I love the way you write! You two are very amusing. I have lived here in Florida my whole life so Blowfish I am right there with ya. Oh the things we are forced to see makes my skin crawl. I am not skinny and I dress accordingly. My mama called it "being raised right" Hope you enjoyed your a least.

*Hope you enjoyed your wine at least.

Jes' one more symptom of society that ain't got no dignity no more. No manners, no culture, no respect. Bunch of baboons lolling about pick in' at they fleas.

Uncle an' Blowfish mayhap come from a similar Mama what didn't allow no menfolk to appear beyond downstairs in no tee shirts or stubble. Uncle has to be near death to "present" hisself fer coffee in any thang less than a polo shirt an' jeans, loafers... an' thas' Saturday only.

Blowfish may want to put on a little Bach and shop online.

Chickory,
"wrap your rolls!" is Blowfish's new slogan. Civic duty seems to be a lost concept even here in the South where manners and graciousness were once standard.

Boxer,
Actually I am glad you spared me the photo, it sounds.... memorable in a not so good way. No doubt all of us who live on or near water see more than we want to regularly!

Czar,
Thanks for the "good Southern girl" and while I am thinking about it how Fantastick was your son?????

Funny you should mention auto dealerships on Staten Island. Blowfish's parents met when her dad was buying a car from his grandfather's Nash dealership. Speaking of driving, you do NOT want to hear Blowfish's commentary on those who overflow their motorized shopping carts!

Cactus Kisser,
Welcome to the Pond and thanks for the kind commentary. My Mama and yours were on the same page,"don't shame yourself!" Not a bad mantra for raising children in hot climates. The other benefit from this guidance is we were not out there exposing our flesh to skin cancer causing rays.

Aunty,
Ha! No surprise you and Blowfish is on the same page on this issue excepting his favorite is Vivaldi.

@Fishy. Thanks. He was wonderful. We saw the show three times. Best-selling play the theatre has ever had in that space, by far, and rave reviews. And he's had the quite the privilege working with the others in that cast.

yes, well, he bein' EYEtalian an' all, reckon so.

"he carries a nail clipper in his pocket..." - Right, because you can never be too prepared. I have carried one all my life along with a 4-way screw driver because again - you never know (this would make a good stocking stuffer).

I'm right there with Blowfish, only I don't let it ruin my day. I get an inner satisfaction out of knowing what these tattoos, piercings and ear gauges will look like when gravity and age kick in - for those that actually live that long. Funny story.

I'm very particular about my rolls. I like to wrap them in such a way that they disappear for the most part .. :-)
It's amazing to me how tattoos have proliferated. I was a teen in the seventies and we didn't dream of tattooing ourselves. It really seems to have come on strong in our western culture since the late 90s.
I actually don't have much against tattoos. People throughout the world have been tattooing themselves for 1000s of years. I would never get one though. And I have to say that I'm particularly glad that I have a 21 year old who is uninterested in having his body pierced or tattooed.