In October of 2001 I met a  woman named Sue.
People were still talking about where they were,
how they were impacted by the events of 9/11. 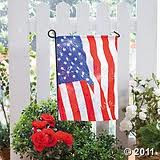 Sue has two daughters she raised alone.
Her first husband died during her second pregnancy, leaving  her with two children under the age of three.

Her "girls" are now smart accomplished women.
They grew up,  moved out of the nest, away from Mom but still close. Sue  married husband number two in 1999 and moved  with him to our region in 2000.

On 9/11 she was home alone. She had slept in and was having her first cup of coffee of the day when her sister called to ask if she had heard from the girls.

That is when Sue became terrorized.

Her description of her day still haunts me.
Both of her daughters are fine.
The financier had gone into work early to prep for a meeting.
Once her preparations were complete she took an elevator to the ground floor to treat herself to a latte.
It saved her life.
The military contracts daughter was late to work, caught in traffic  and was just coming
through the Pentagon check point when the plane hit.
Her tardiness saved her life. 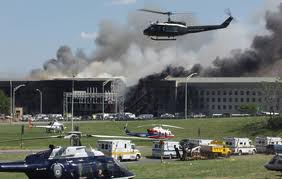 It was most of the day before the girls were able to call Sue to let her know they were fine. Her description of that day haunts me still. The abject terror in her voice in the telling made me quiver in fear.  It is true many, many families suffered terrible tragedies while Sue was graced with the best news possible. Both girls spared.
But every year when all the media forms are using the term "terrorist attack" I think of Sue.

Sue's story is, for me,  the explanation for the term "terrorism".
Her first post 9/11  action was to take an overnight train to Washington to hug her youngest, then together they went to New York to hug the elder daughter.  Sue's telling of this day made me sob. It still does.
And yet, this is a family in tact.
A family who did not lose a love to the attacks.
They were subjected to the torture of terror. It drives home the message of the possibility of random, senseless, non specific destruction of our  very personal lives at the hands of the  unknown and deranged. There is no logic, no protection, no plan of action to thwart the unthwartable.

No other attacks are actually necessary. Because the terror remains  in us all.
Yes we have all straightened our spines, squared our shoulders and soldiered onward.
We have sworn to not cower to the unknown and to keep our values strong.
We have communally declined to be terrorized.
We have rejected their insidious fear mongering.
Lurking behind all of this there is the knowing.

I loathe this reality.

The huge terror is actually that the world is going progressively mad, which makes the most innocent the most vulnerable.

Americans have taken for granted their safety from outside enemies. Now we know we cannot be as safe again as we once were, because to achieve that would be to imprison Americans in safe cages. None of us want that.

Our freedom now is as fragile as at any point in history, and that from undeclared wars by stateless ideologues. That is the lingering fear.

Anon,
No lie!
Just yesterday Blowfish said,
"it sure is looking like the country we were born into is no more. My Nona came through Ellis island as a young bride with hope and little else. She would have never come for this."

Madness is prevailing in the form of mindless hatred and addictive violence. To this we would forfeit our freedom?

happy for her that she didn't lose anyone but unfortunately many did and we are all reminded of how fragile life really is.